Betamax Video Tapes: the Format That Could Have Been Without VHS 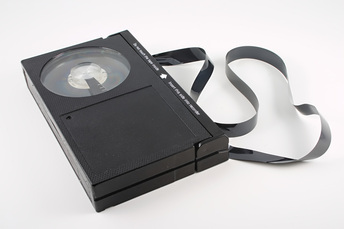 Betamax Video Tapes: the Format That Could Have Been Without VHS

The story of Betamax video always has to be told with the adjunct of one particular group of letters: VHS. Or at least that’s where the story ends and not quite where it begins. For those who weren’t living when the videotape era began, there might be an assumption that VHS was first. The truth is, Betamax was the first commercially available videotape format a year before VHS was even introduced.

The origins of the name for this video format came from the Japanese word “beta” for recording signals and “max” coming from “maximum.”

The Original Aim of Betamax

BetaMax was not the first videotape in existence. That belonged to the U-Matic tape that was intended to be marketed for commercial use by 1971. However, U-Matic tapes were simply too expensive to produce to be a feasible option for the commercial market. Timing was slightly better when BetaMax tapes were introduced in Japan in 1975. The United States, however, didn’t see a BetaMax player available until 1977 through Sony. But anyone with deep pockets then might have some of the earliest commercially videotaped TV recordings made on a home-based VCR.

BetaMax took some of the basic designs of the U-Matic tape and turned it into a videotape that was slightly smaller. That overall design was the U shape that the tape made while it wound around the video head drum. Regardless, once VHS was on the commercial market in 1977, there was a clear distinction in the appearance of the tapes. A BetaMax tape had one window on the left side showing the spooled tape inside. Conversely, VHS tapes provided two windows to see both sides of the tape spools.

While BetaMax tapes were always considered to provide a much better quality video, by the late 1970s and early 1980s, BetaMax was already on its way down due to the fact that VHS was less expensive and had better features. 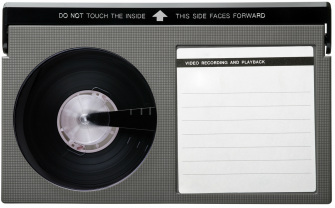 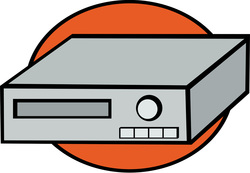 Had VHS not come along, BetaMax would have been the standard format in more ways than one. Home movie video cameras called Betamovie were released by Sony in the late 1970s nearly concurrently with VHS camcorders. BetaMax was already starting to see signs of trouble ahead when VHS managed TV recording times up to four hours on their video recorders compared to only two hours on BetaMax recorders. Yet, it was the camcorder market that was the true slow death knell of BetaMax.

VHS managed to make playback and editing on their camcorders so much more convenient. BetaMax simply didn’t have the technology to do some of the things VHS was doing. That can be said despite the format still having the distinction of offering some of the earliest home movies done on video. Your family may still have old BetaMax tapes of family events from the late 1970s or early 1980s.

Betamax vs. VHS Wars Through the 80s and Beyond

Once the home video rental market began in the early 1980s, those who grew up in the era will remember seeing both VHS and Beta rentals side by side. Betamax rental tapes were usually relegated to a small section of those early video stores because the market share by then had dropped considerably. This didn’t stop Betamax VCR’s from being sold and continued to be up until 2002.

In the mid-1980s, Sony put out Super Betamax tapes that increased the lines of resolution. They even created an Extended Definition Betamax tape that had the same resolution as a DVD 10 years before standard-definition DVD’s were available. Both of these formats are still available today and used by those who like the retro look and style. For those that wondered, the original Betamax tape no longer exists and only in storage where some valuable material still awaits viewing. 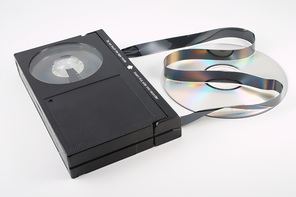 With BetaCam tapes still existing after all these years, you might have a fairly extensive Beta home movie collection. Let Click Scan Share transfer those movies for you onto a DVD so you can finally preserve those precious memories.

Contact us and we’ll tell you about the special care we put into home movie transfers from videotape formats. We’ll make sure the quality is improved and the end result can even be placed on a gold DVD that’s guaranteed to last 100 years.