8mm film format was around for 33 years during the mid 20th century when many very pivotal historical events occurred before it evolved into something slightly greater. That means many standard 8mm film rolls are still sitting in storage around the world awaiting a digital transfer, if not done already.

What is 8mm Film? 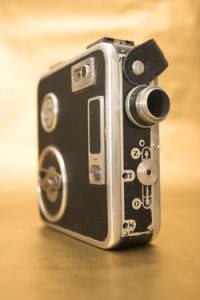 When it was first introduced by Kodak in 1932, 8mm film was an upgrade from cumbersome 16mm film that had already been around for close to a decade. The new 8mm format added more perforations on the frame which allowed for a smaller size and provided the chance to add more filming and film run time. Generally, the frame was about 7.90 mm in width (including the perforations) and 3.5 mm in height.

An inconvenience, however, was also hidden in film formats main benefit. That is, 8mm filmed on two separate edges to maximize time for filming. This required turning the film spool over midway so it could film on the opposite edge. Once developed, however, it was turned into one strip of film that could give you roughly four minutes of footage.

While color 8mm footage was eventually available, you’ve likely seen many black and white 8mm films taken throughout the 1930s and 1940s. The history on 8mm film, though, has some very interesting details that go right up to the 1990s when it was officially retired as a home filming format.

Effects on the Great Depression and the Professional Market 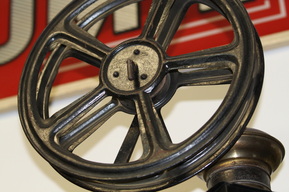 When 8mm came out in 1932, it was an immediate hit with those suffering through the Great Depression. In fact, you could say that it was instrumental in creating a boom for home movie footage because of its cheaper price and easier use. Down the line, this would include the ability to use 8mm with magnetic sound as well, even though it never took off in the home market. Major film studios took that option and released some shortened versions of their films for purchase, particularly the Disney company and their animated shorts.

After being the filming standard, 8mm gave way to Super8 in 1965, which would be the format you’d remember if growing up in the Generation X era. Attempts were always made to simplify the standard 8mm format, but it generally stayed the same. Some people continued to use it as a stylistic filming tool up until the early 1990s when Kodak stopped making it.

You guessed right if you thought it wasn’t gone completely. However, only one company in the U.S. still sells original 8mm film stock. A 100-foot spool of color 8mm film will cost you around $42 at the above site 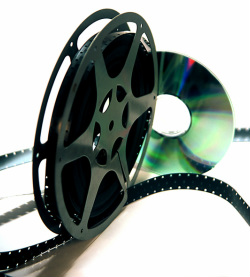 If you have old 8mm film still sitting around that contains valuable family footage, have it transferred to digital before it deteriorates and to be able to enjoy the footage as never before with today’s technology. Click Scan Share is a leader in transferring old film footage and other analog formats to high-quality DVD’s that will last for decades. Contact us at our numerous stores so we can service all your film conversion needs.